On the North side of downtown Seattle is a neighborhood called South Lake Union.  It is, as the name suggests, South of Lake Union.  On the shore of the lake you will find the MOHAI (Museum of History & Industry) as well as the center for wooden boats.  (Also home to the Jeff Bezos learning center - extra points if you know why he is relevant).  At the other side of the neighborhood is Denny Way, and my new employer The Seattle Times.

In the middle is the place where everything you buy comes from... At least the world headquarters.  That is, the main campus of Amazon's would headquarters.  It's a wonderful mix of brick and mortar retail shops... with the online giant that's putting them out of business sitting right on top.
A land of contradictions... it's named after a place synonymous with nature, but in a place where anything older than me is decimated and covered in concrete.  Retail stores in the capitol of online shopping.  Its a hip little space with bars, stores, restaurants, and even a Microsoft office mixed in there.

Along the ground snaking through the forest of construction cranes is Westlake Ave... and the S.L.U.T. (South Lake Union Trolley) - a trolley that apparently uses the honor system to collect fares.  The person riding with me tells me he has been taking it every day without paying, and watching a few other people board I relief that nobody really pays.  I had to laugh a little at that.  I watch the S.L.U.T. pass me every morning as I walk to work, and if I really wanted, it would reduce a 1\2 mile walk into a small city block.

I rode the S.L.U.T. back from Lake Union to the south end of the line.  Which is the heart of the shopping district.  Westlake Center, where the bus tunnel, most surface buses out of the city, the S.L.U.T., and the monorail all meet.  From this point, its a short walk to the Pike Market, the Elliot Bay waterfront, and the convention center, and all kinds of stores.


My purpose for visiting Westlake is usually because I'm either entering or leaving the city.  In this case, I came for the bus tunnel... a weird pseudo-subway where buses and trains meet in the same tunnel.  Here, the light rail can take you to the airport, and based on what looks like an honor-system fare situation, I bet most people ride for free.  The ebb and flow of people gathering in the station, then boarding and heading off on the light rail is neat to watch.  A train comes about every five or ten minutes, and because my bus was running about 20 minutes behind, I got to watch a few groups of people gather and board.


Of coarse, today was not my most lucky day riding the transit lines.  My bus broke down just before getting on the Interstate to head back to Renton.  They said the check engine light came on, and it's against the rules for them to get on the highway with the light on...

Anyway, the bus parked for about 30 minutes until a new bus could arrive, then I boarded on and went home.

So, if you ever wondered about Amazon's campus, or what the area is like... maybe this will give you an idea.

Posted by imthefrizzlefry at 5/23/2014 01:23:00 AM
Email ThisBlogThis!Share to TwitterShare to FacebookShare to Pinterest 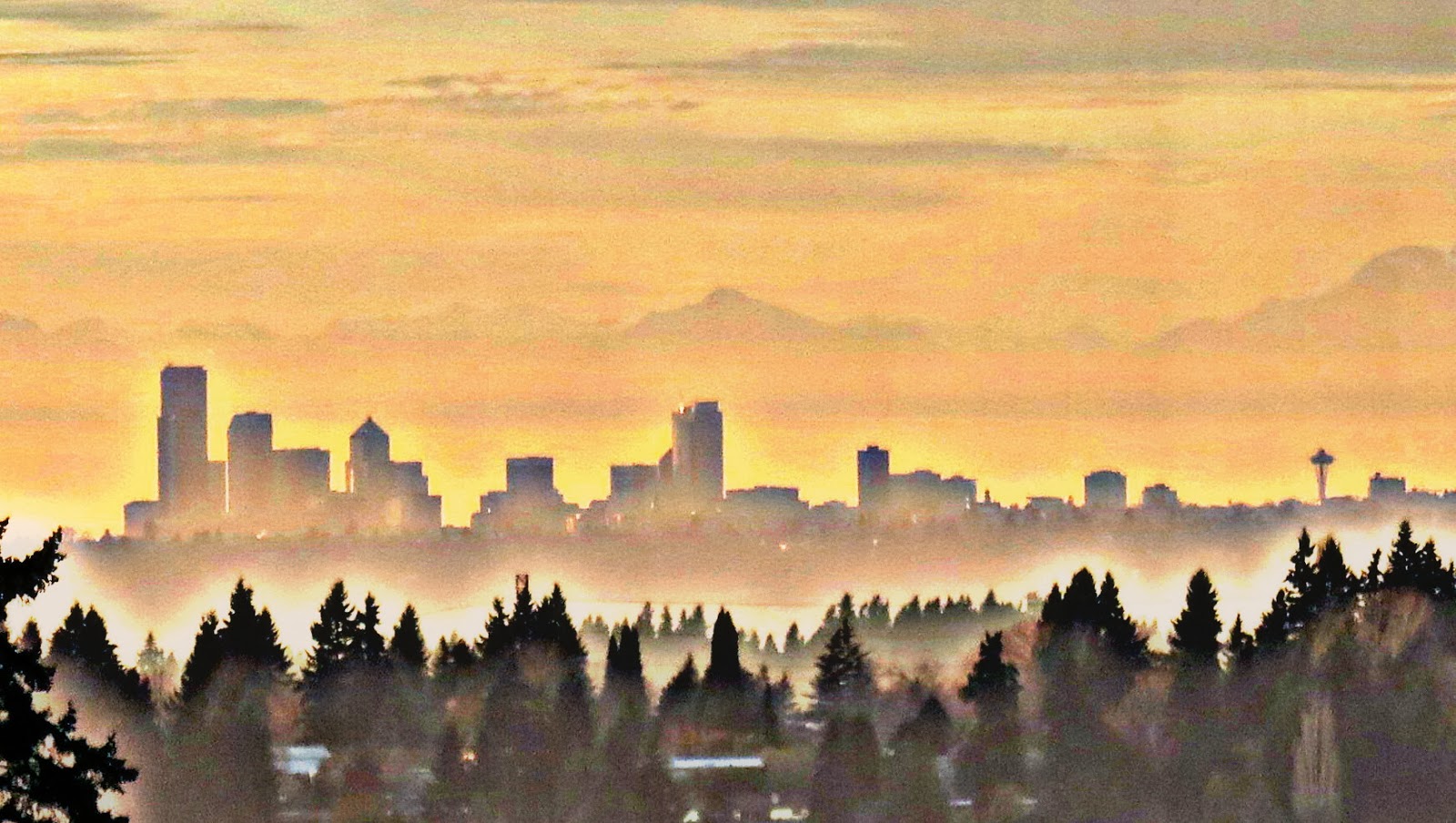 I think the quote from GLaDOS is appropriate for any return after a long time.  The Portal villain certainly reminds me of my favorite things of the video game.  After all, it's all for science.

That's  not what I came to babel about this time.  To be honest, I was starting to wonder if I would ever return to this blog, or if it had faded into the ether of my distant past.  I find myself writing more in a book these days than on the Interwebs, but I don't know why.  Perhaps I don't always want to share my thoughts with the world first.  I guess I could do that, but digital permanence and all.

I recently have had a few things change.  I went through one of the hardest break ups I've ever experienced, and a couple days later I lost my job.  I didn't care about the job though;  it seems that SDETs are in high demand around these parts, and I have no shortage of options.

I recently started thinking about moving to Portland.  I love Seattle, and it would be hard for me to move on from here, but a breakup followed by loosing my contract, and finally a call from some recruiter who might offer you a way better job than you had... it all seems to feel like it was meant to be.  Funny enough, just the breakup made me think of leaving town to get a fresh start.

Anyway, maybe that's a thing... maybe I'm just babbling again... whatever it is, I might have some changes around the corner, but in the mean time, I have more time on my hands.  Maybe I'll just start blogging again for a while?   time will tell.