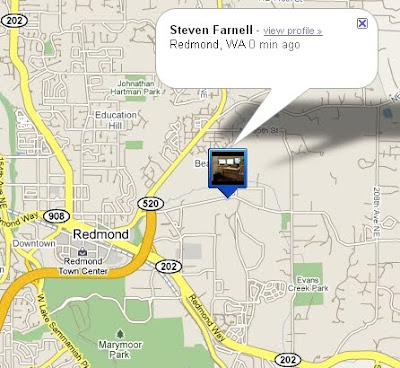 So, I've been complaining about the iPod Touch... and most of all the crappy iTunes Software. Which iTunes is the major reason I don't like the iPod. I made a list for Scott earlier today on Facebook, and I had to stop myself from commenting because the longer I thought about it, the more ways I would come up with that the Zune is so much better than iPod.

The one feature that the iPod Touch has that beats the ZuneHD is that it has a ton of apps. Anyone who has seen an iPhone commercial can tell you that, but I'm sure that will change soon. The funny part, is that Apple is following in the foot steps of Palm with the whole mobile platform you can install apps on, but the simple addition of a multi-touch capacitive touch screen (a touch screen you can accurately use with just your finger, and feels like glass) made all the difference. I guess it helps that Apple has a legion of (often fanatic) followers dedicated to everything Apple (because it's trendy to have an iPod... or as of lately, you can say followers of the Book of Jobs... AKA iPhone/JesusPhone user's manual.) I'm not saying all Apple users are fanatics or anything... not at all, but let's just say that with the exception of the once loyal Zune guy, Microsoft doesn't have nearly as many users dedicated to only use Apple products.

So, what does all this have to do with Google Latitude? Well, one nice thing about the iPod Touch is that it's a PDA that just happens to play music. It synchronizes all of my contacts, calendars, and mail from Google... Plus the Google App gives me easy access to Google Services (Search, Gmail, Calendar, Latitude, Docs, Talk, Tasks, Reader, News (including the new FastFlip), Book Reader, Notebook, Photos, Orkut, Translate, Maps, Youtube, and Earth...) Plus, if I actually had a Google Apps account (a paid intranet service Google offers for Governments, Schools, and Businesses.) I could sync up with that too! So I finally have a portable device that contains the same mail, contact list, to-do list, and calendar as all my home and work computers.

That was a mouth full... However I still haven't gotten to the point.

The point is that I can update Google Latitude with my iPod as long as I can find WiFi... Which there is an app for that. Actually I have a few cool apps for things like: Facebook, Twitter, Netflix, finding WiFi (now that I jailbroke it I can perform a diagnostic and pen test...), Last.fm (which I happen to like more than Pandora.) I've been installing many apps recently, however I'm cheap, and don't want to pay for any of them.

Oh yea, did I mention that it plays music? Yea, who would have thought that an iPod plays music and videos... huh.

Well, anyway. Over all, the iPod Touch is a cool device. I think I'd rather have a ZuneHD, but I can't really argue about a free device. The only thing I wish it had was more storage. I have run in to the problem of filling the dinky 8GB of storage every day, and I am getting more frustrated with trying to narrow my collection to the must have music. So far, I have narrowed my collection of over 30,000 songs down to 1,100 songs and five Video Podcasts. Now I just need to start converting my Video collection so next time I have to fly on a plane I can have my own movie to watch.

Speaking of which, I need to find a ticket to fly home in December... I should look for that.

So, there is an update. More will come soon.