I think the water stopped going up! 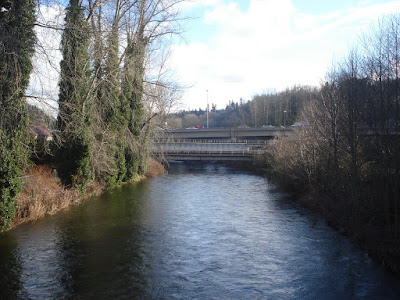 This is the Cedar river on a normal sunny summer day... 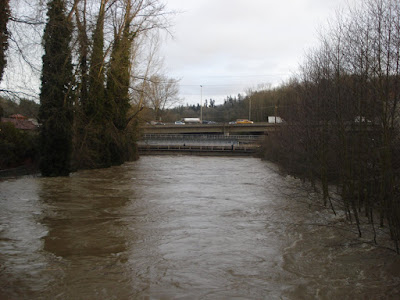 This is the Cedar river right now.

It is pretty crazy. I hear reports that the river is higher than it has been in 14 years. However, someone said there was a pretty big flood is 2002. I don't know who is most accurate, but what I do know is the river is pretty high.

The majority of the rain has stopped, and the weather report indicates that we will have light rain in the city and snow in the mountains over the weekend, but then next week should be sunny and clear. That would be awesome!

In short, all this warm weather and rain has caused a massive amount of snow melt in the mountains. As a result, I5 is shut down near Olympia, and I90 will be shut down for a while in the mountains. They recently opened Steven's pass to the north, so at least some traffic can get in and out of the Seattle Tacoma area, but the region is generally inaccessable by land otherwise.

Here is a slide show of the snow, and be sure to check out the totally awesome bridge that Boeing can lift up out of harms way during this flooding!

View Album
Get your own

Click here to view all of my photos on a map!

So, there is all of the excitement from today! Check back to watch the water go down tomorrow!

P.S. Here is a bonus before and after picture taken from the Logan Ave bridge looking up river. 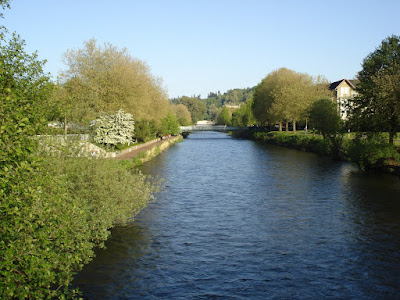 This is the Cedar River on a normal sunny day. 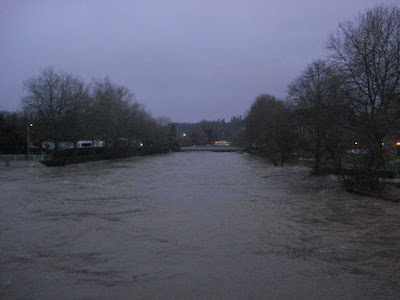