I should become a homeless alcoholic! If I were, I could live in a 300 ft2 apartment, get 2 free meals a day, get counselling for my addiction, get help finding a job, and have a team of doctors and nurses to help me within minutes. All at no cost for me, or if I get a job, it is all available for 1/3 of my income.

I somewhat fear the idea that some people in Seattle will realize this reality, and cost me an additional $14,000 a year. However, it is also estimated that it costs the city over $20,000 a year per person to have those same people on the street; this is an estimated cost for: Police to regulate the homeless drunks (and pan handlers), hospital visits for the homeless, collecting dead bodies off of the streets, AA centers, and loss in tourism revenue. The project also seems to help these homeless people get low income jobs that pay for the majority of the expenses within the first 3 years. In fact, the 11811 building actually makes a small profit after 10 years of operating. The residents with jobs actually have been able to take advantage of free educational programs created from the profits of the building; allowing them to not only move out of the house, but some of the past residents have been making donations to help ensure the future of this program.

The $3 million would be combined with an additional $28 million to operate the program for the next ten years. With an on-going cost of around $2.8 million a year, the program would still be less than the $3.5 million the city of Seattle pays every year to deal with the homeless problem. It also provides a way for the city to potentially eliminate the cost of homeless people all together.

So I don't know... I like the idea, and if it is as great as it sounds, then maybe it really could be a pilot program for other cities to follow. Maybe it will have major problems if implemented on a larger scale. I guess only time will tell.

that's all about that. 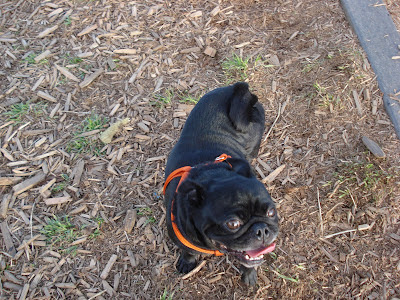 As far as what I've been up to, I took Jaani to spend a day at Marymoore park! It was completely worth the $1 parking fee for the day of off-leash excitement. There had to be over a hundred dogs, and a couple dozen of them were pugs! Jaani and I love pugs (FYI)! Some of the dogs intimidated Jaani a bit because they were so big, but he loved to just run around! 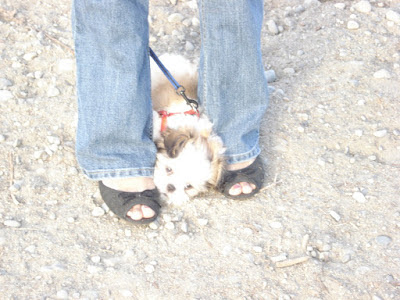 Pooky went too, but he is so small and young we couldn't let him play with the other dogs. It was ok though, because he liked to spend lots of time under Evelyn's feet. When we came close to the other dogs, we had to pick him up, but Pooky loved it too!

It was a really nice day. The park had a few open fields, a nature trail that ended at Lake Sammamish, a rock climbing wall, a bicycle track, soccer fields, baseball diamonds, and all kinds of stuff. We spent most of our time in the off-leash dog park, but we also went walking around the rest of the park too (just so Jaani doesn't forget how to walk on a leash.)

So, that's about all I have to say.