Got back from the Hackathon 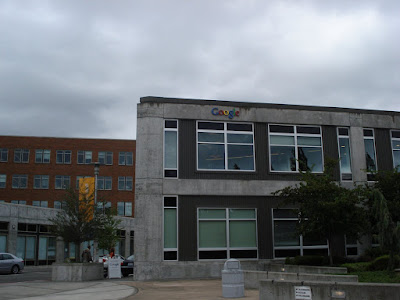 So, anyone who has been following my twitter feed (which seems to only be uncle bill... at least via twitter) would know two things (well, at least one) First, today was the Google appengine hackathon. Second, I just got the best firefox extension EVER, and I think the word ever deserves both bold and capitol letters.

About the hackathon. It was a lot of fun. I learned how to deploy an appengine application for the public, and I wrote an application that does just about exactly what Google Reader does, but a little more social oriented. See, I created a site that uses your Google account to authenticate access. Once you log in, you can add RSS or Atom feeds to the app, then share the app with any Google account you invite. It is really a tool that takes all the posts that you look at for longer than 5 seconds, and merges them into one RSS feed that can be subscribed to by all the people you invite. Basically it is a way to share the news articles you read with other people around you.

My next step for the application, is to ensure that all items that both you and your "followers" read is merges into a shared reading list. Meaning that the service can be used to initiate conversations about the news articles. This process involves two things: compairing the feeds you read with the feeds others read, and add a form page to allow you to directly email people about the articles you have both read. I think it's so cool to be working on this. When I'm done, I'm going to deploy the app, publish a tutorial for the source code on the Frizzlefry Tech Blog, and start trying to get people to actually use my app. It will be really cool!

The other highlight for today (and yesterday) is this new extension for firefox that I got names Ubiquity. The idea is that if I hit
Posted by imthefrizzlefry at 8/28/2008 06:22:00 PM
Email ThisBlogThis!Share to TwitterShare to FacebookShare to Pinterest
Newer Post Older Post Home