It's hot! Plus look at this cool stuff Google is working on! 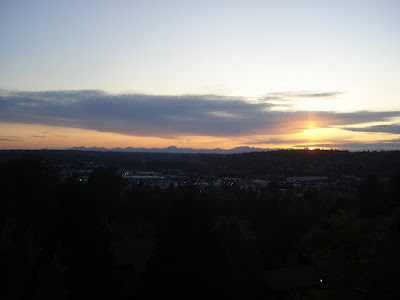 So, in case you don't live in Washington, it's getting hot outside!  All week it's been 80 degrees outside, and I am a little worried about Jaani all alone in the house.

So far, I've been able to leave all the windows and doors open during the night to cool off the apartment, and so far it hasn't gotten as hot in the apartment as it does outside, but I am still worried that it will get too hot for Jaani in the apartment (even with his bowl of water, which I fill every morning, and is gone by the time I get home.)

So, while I sit here in a heavily air-conditioned server room at a comfortable 65 degrees, Jaani is in danger of over heating in the apartment.

That aside, I think he will be OK, but I am definitely keeping an eye on him, and every once and a while I go home and check on him.

On another note... there are two technologies that I am sort of excited about: Google squared, and Google Wave.

Google Squared is currently live.  It's a service that combines Google Sets with Google's search results.  For example, you can type in US Presidents and the service returns a table of US Presidents.  However what makes it so much cooler than a normal Google search is that the results are very specific.  Each row has a president's name, picture, description, date of birth, place of birth, full name... and then you can add your own columns, as well as remove the default columns.

The same goes for the rows.  You can add and remove rows.  If you click on a cell in the table, then it displays the source of the information, as well as alternate sources or a link to search for more results using Google's normal search.

The second really cool thing I've been looking at lately is not live yet, but it's called Google Wave.  The cool thing about Google Wave is that it combines different services like email, chat, and Wiki.  I think in the video, they talk about Google Wave being what email would be if we created email today.

Imagine this, you open your Google Wave page and you see that there are several waves that you haven't read.  You click on the first one, and the title lets you know it is a traditional email, but you also see that the person who sent it to you is online, so when you open and read the email, you just start typing at the bottom of the email, and the person who sent you the message instantly can see you are typing them a message.  When they click on the message, they can watch you type in real time; almost character for character the recipient watches you write your reply, and you continue a full conversation with the person who sent you the original email.  You have now attached a chat conversation to the end of the email, and the best part is that all you did is click on the message and start typing.

The title of the second message in your wave indicates that it is a direct message from someone on Twitter, and you can reply to that message on Twitter the same way you would write an email or instant message.

The next message is a wave.  You and a dozen or so of your friends are all included in an ongoing conversation about what types of weekend activities are going on.  With this conversation, people are sending out polls for ideas, that give each user a button to indicate if they like the idea or not, and everyone is changing their mind about what they want to do each week.  You invite a new friend to the conversation, who hasn't seen that everyone has voted for or against each idea at least once over the past, but right now, they just see that nobody wants to see a movie or go to the club.  The new friend is able to replay the conversation from the beginning to see that everyone went to the club and saw a movie last weekend, and now nobody is in the mood for that.

It's a new technology that combines all the different services like email, chat, micro-blogging (like twitter), and social networks; it simplifies all the services by putting all of them in one place that doesn't require you to think about what service the person you are talking to is using.

Anyway... I've blabbed on for too long... just some food for thought.